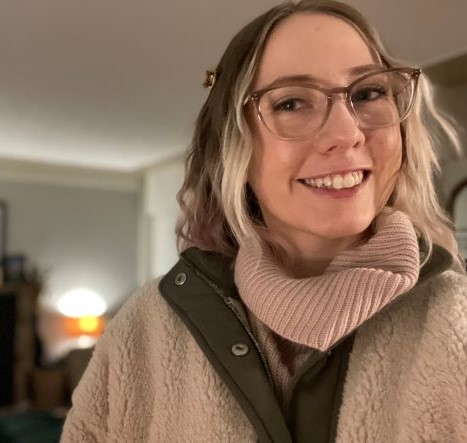 In their January 2022 publication, the Bent group of Stanford University investigates how to obtain smooth, coalesced ruthenium films using the right precursors. Their work provides an understanding of reaction mechanisms in both their experiment and others that also used carbonyl-based Ru precursors. 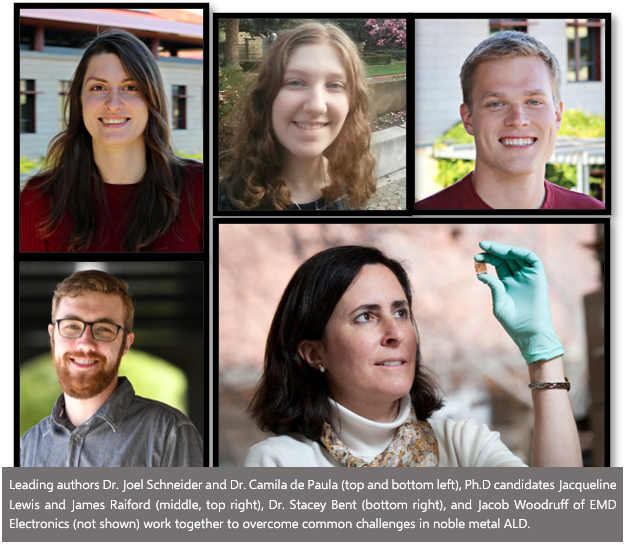 The Bent group researchers demonstrate how correct use of the precursor Ru(DMBD)(CO)3 plays a deliberate role in developing high quality thin Ru films. Through various instrumental methods, they observed how the precursor dissociates while Ru adsorbs onto the surface, with little to no nucleation delay. The result was a smooth film with high purity and an unaltered metallic state. Such properties in a surface coating, while difficult to achieve in ALD of noble metals, are ideal in the development for use in microelectronics.

In producing this film and characterizing a mechanism, they were able to identify reaction conditions that the film growth rate is dependent on when using a carbonyl precursor with a zero-oxidation state. These reaction conditions are temperature, precursor exposure, and time, with the process being facile and rapid at elevated temperatures. The mechanism also explains the purity of the Ru film resulting from this process, due to the oxidation state of the Ru center not changing during the desorption of CO ligands.

The film growth reaction mechanism they propose is in the following steps:

1) Ru(DMBD)(CO)3 binds dissociatively to the surface while releasing the DMBD ligand
2) The spontaneous release of some CO ligands
3) Further steps in CO release to completion, resulting in a pure Ru surface.

In summary of their findings, the researchers write that “the non-self-limiting nature of the kinetically driven mechanism presents both challenges for ALD implementation and opportunities for process tuning.”

As members of the Bent group move onto new stations in the ALD industry, they continue to contribute to new advances. James Raiford is now Head of systems engineering at Noria Energy, a contracting company for solar cell system development with recent projects completed in floating solar PV systems. Dr. Camila de Paula is now Process Development Engineer at Lam Research, a global supplier of wafer fabrication equipment and services to the semiconductor industry.

As for the Bent group and their extensive 15-year history of publications in ALD, they keep on the frontiers in ALD technology with more research in the pipeline. Jacqueline Lewis continues work as a Doctoral Student with the group, and Dr. Joel Schneider has up-and-coming publications in prep while he continues to give back to the academic community through his undergraduate lectures and ALD talks.