Why Your AMOLED Screen Can't Survive Without ALD
Educational 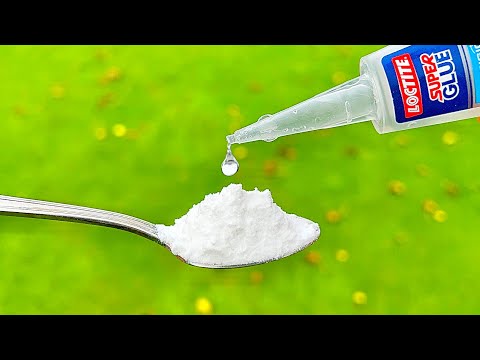 How Atomic Layer Deposition Protects Astronauts in the ISS
Educational The Action Lab: Is It Possible To Completely Fill a Klein Bottle?
Fun with Chemistry Scientific articles of the week
Headlines Copper Atomic Layer Deposition In The Garage: The Most Popular ALD YouTube Video With 358.078 views!
Educational 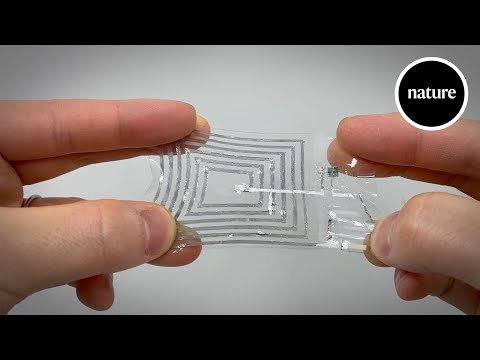 What is the atomic layer deposition process, or what is ALD coating?

Atomic Layer Deposition (ALD) is a technique that exposes a surface sequentially with pulsed chemical vapors ("precursors") separated by a nitrogen purge. A first precursor forms one monolayer of coating by reacting with the substrate surface (usually with OH groups terminating a surface). The next precursor reacts with the surface of the previously formed monolayer, and forms another monolayer. Usually two different precursors are used, resulting in binary coating materials (like Al2O3), although elemental coatings (pure metals etc.) and much more complex compositions are also possible. The number of monolayers of the coating (thickness) can be determined simply by setting the number of sequential pulses. The vapors do not condense on the surface, because the excess vapor is evacuated between the precursor pulses using a nitrogen purge.  This means that the coating after each pulse is self-limiting to one monolayer. This allows complex shapes to be coated with atomic precision (the coating thickness inside a porous material will be the same as on its surface!). Due to this and many more remarkable features, ALD is becoming increasingly popular for more and more applications.

Because each precursor pulse creates one atomic layer, and many pulses deposit a coating, this technique is called Atomic Layer Deposition. So ALD is therefore based on the self-limiting nature of sequential reactions and this unique growth technique provides atomic layer control.

When was atomic layer deposition invented?

Technology preceding the multilayer ALD coating process, related to the vapor growth and analysis of single or double atomic layers, was investigated in Russia during the 1960s. Later, it was developed independently in Finland, as a multi cycle coating technology (1974, patented by Prof. Tuomo Suntola). While in Russia it was, and still is, called molecular layering, in Finland it was called Atomic Layer Epitaxy. Later is was renamed to the the more general term Atomic Layer Deposition, and the term Atomic Layer Epitaxy is now reserved for (high temperature) epitaxial ALD (see below).

The Fundamentals of the ALD process:

Atomic Layer Deposition typically involves a cycle of 4 steps that is repeated as many times as necessary to achieve the required coating thickness. During growth, the surface is alternately exposed to two complementary chemical precursors. In this case, each precursor is fed individually into the reactor.

To remove any residual gas chemically active or by-products before introducing another precursor into the reactor, inert gas purging or pump-down steps are used between exposure steps (Fig 1). The example shows ALD of Al2O3 using Al(CH3), (trimethyl aluminum, TMA) and H2O or oxygen plasma.

During each cycle, the following steps are performed (Fig. 1):

In the case of the deposition of Al2O3 using Tri-methyl aluminum and water:

Surface sites are saturated to one monolayer as a result of each exposure step. As soon as the surface has been saturated, no further reaction occurs due to the precursor chemistry and process conditions.

In order to prevent the precursors from reacting with each other in any place other than on the surface, which would lead to chemical vapor deposition (CVD), the steps must be separated well by nitrogen purges.

You can watch a very nice YouTube video of the ALD process explained and in action: Atomic Layer Deposition of copper - If you like sputtering, you'll love this!.

As many researchers and industries have already discovered, ALD has many advantages:

The ALD process growth process is known to be rather slow, about 1 atomic layer per second. However, some variants are much quicker, in particular fast optimized flow reactors (1-5 nm/sec) and spatial ALD (1-10 nm/sec). However, because of its inherent self passivation, thousands of substrates can be loaded in a reactor, making the coating speed per part extremely fast, uniform and reproducible! Alternatively, roll to roll ALD is possible, where the roll speed can be high when many coating heads are used (comparable to spatial ALD).

What is the difference between CVD and ALD and how does a coating form in CVD?

In CVD, precursors are introduced in a reactor simultaneously, and continuously. These precursors react with eachother at a hot substrate surface. The deposition speed can be higher than with ALD, but the coating doesn't stick as well, is not as dense, and definitely not as uniform. It's not possible to create uniform high aspect ratio coatings either, because CVD lacks self passivation. With CVD, inside trenches or pores, the precursor concentrations are lower, leading to much lower thickness than at the substrate surface. CVD also often needs high substrate temperatures.

What temperature is needed for deposition to occur?

In ALD, the substrate temperatures suitable for deposition, range from room temperature to 800C. Most depositions take place at around 100-200C. Above 100C, water vapor which is often used as one of the reactants, evaporates quickly from the substrate and walls, and so the cycle speed between precursors can be faster using temperatures above 100C. At high temperatures, it's possible to achieve epitaxial growth for certain materials, where deposited layers conform the the substrate crystal surface, and form a single crystal coating. This is called atomic layer epitaxy!

Type of Materials That Can Be Deposited With ALD:

The technology industry and academics have done extensive research on materials that can be used in ALD. The list keeps being updated every year. Below we give you a selection of materials used:

It is also possible to do doping and mix different structures with ALD. Material combinations are endless with it.

Thermal ALD: In most ALD methods, atomic vaporization is controlled; however, higher temperatures are sometimes required. Molecules containing aluminum, in particular, often require high temperatures. Thermal ALD typically uses temperatures between 150 and 350 degrees Celsius. A common example is the formation of Al2O3 from water and trimethylaluminum on a substrate surface.

Metal ALD: By utilizing elimination reactions between halogen-functionalized metallic molecules, commonly metal fluorides and silicon-based molecules. Fluorosilane elimination reactions are most commonly used in metal ALD processes, which deposit metal on the surface of the substrate. A wide range of metals can be deposited onto a substrate surface using this technique.

Particle ALD: This technique is similar to conventional ALD. Unlike most ALD methods, particle ALD coats the entire surface of a particle (including the surface of nanoparticles). The coating of many materials on a particle surface can be done uniformly and conformably without missing any parts of the particle.

Plasma ALD: In plasma-enhanced ALD (PEALD), Plasma is used to reduce the molecular vaporization temperature and can be used with a variety of precursor materials. PEALD allows for a wider choice of precursor chemistry with enhanced film quality:

Roll-to-roll: Continuous roll-to-roll is significant because it allows application in many large-area substrates in a cost-effective manner.

The idea implies moving the substrate through zones of constant precursor flows. Chemically reactive zones are alternated with purge zones on the substrate during the process.

Inert gas purging and vacuum zones separate the orifices on the gas delivery heads where the precursors continuously flow. By separating the precursor delivery regions with vacuum pumping zones as well as inert gas curtains, gas phase reactions are prevented between the zones.

Atmospheric Spatial ALD: Spatial ALD (SALD) is a variation of ALD in which precursors are continuously transported through different precursor locations (spaces). The precursors in these locations are kept apart by an inert gas region, usually nitrogen.

Moving the substrate to locations containing the different precursor's results in film growth. Since this process doesn't require filling and emptying a chamber with precursor or nitrogen, the spatial ALD process is quicker, and is compatible with fast-throughput techniques like roll-to-roll film coating. It does not require a vacuum pump, however, it is limited to flat substrates (although they may have micron sized complex surfaces).

It is used for very fast deposition of silicon wafers, glass panels and rolls of film. In the case of silicon wafers, the wafers are either moved back and forth, or rotate on a platter, where they move through different precursor zones. In the case of roll-to-roll film coating, the film is passed through spatial ALD heads with multiple precursor nozzles, separated by nitrogen nozzles. This way, the film substrate sees precursor 1, nitrogen, precursor 2, nitrogen, etc.

Vacuum Spatial ALD: Similarly to Atmospheric Spatial ALD, Vacuum Spatial ALD supplies the precursors in different locations. However, in this case, the system is under a partial vacuum. This uses less nitrogen, but has more complex mechanics and requires vacuum pumps.

ALD for High Aspect Ratios and 3D Objects: ALD for infusing high aspect ratio objects, like porous materials and plastics, requires long dosing times of precursors so that the material pores can be saturated. It requires a "stop valve" or "shut off valve" that allows the precursor to have a long residence time in the reactor, e.g., for more than 10 seconds. This can go up to hours when infusing into plastics.

In the case of 3D objects, bigger reaction chambers are required.

Molecular layer deposition (MLD) is a technique that can utilize small, bifunctional organic molecules as precursors.

The uniqueness of MLD is that organic-only or hybrid materials can be synthesized by working with organic precursors.

When considering the process cycles in MLD, an organic precursor is initially pulsed into a chamber and reacts with the material surface. Precursor excess and byproducts are removed by purging or pumping.

An organic precursor is introduced in the second step, reacting with the first precursor molecules anchored to the surface. This surface reaction is again self-saturated, followed by purging/pumping of the reactor.

MLD makes it possible to upscale the production of organic and hybrid materials and the material coverage with organic layers. Moreover, molecular layer deposition is also known for its thickness control at Angstrom-level precision due to its slow, cyclical approach.

In ALE, two chemical precursor exposures are used to etch: one to create a surface compound and a second that can etch this compound.

The initial step is to form a reactive layer, followed by the removal of this layer. In each cycle, uniform layers of material are removed with consistent thickness.

VPI enables the growth and nucleation of inorganic materials in the free volume of polymers. This is made possible by placing the material to be covered in a vacuum chamber, exposing it to a first precursor for as long as necessary, purge, and then exposing it to a second precursor.

The cycle allows the diffusion of precursors and consequent coverage of the porous material.

Technology advancements have been made possible as new techniques for material development emerge. The electronic industry, as well as industries such as green energy, medical and pharmaceuticals, and precision manufacturing, have taken advantage of ALD.

Below you can find a list of products and industries where ALD is applied:

For a more in-depth introduction to ALD and its related processes, take a look at the following useful links: